The rise and fall of the Microsoft empire 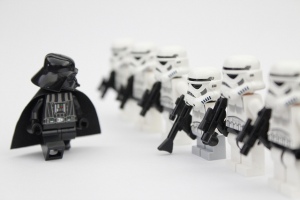 People have always been fascinated by the rise and fall of empires, as the popularity of Edward Gibbon’s monumental work ‘The History of the Decline and Fall of the Roman Empire‘ has shown. Even a large and mighty empire can crumble and fall. The Roman Empire vanished. The British Empire is gone. It can occur for tech empires as well: does anyone remember the rise and fall of DEC? DEC (“Digital Equipment Corporation”) was a major American company in the computer industry and a leading vendor of computer systems, software and peripherals from the 1960s to the 1990s. The empires of IBM and DEC are gone. IBM is only a shadow of its former self, and DEC has vanished with the emergence of Microsoft. Now, there is no reason why Microsoft should not have a similar fate. Empire can rise and fall again.

The reason why Microsoft became a successful empire is not because their software was superior. Neither MS-DOS nor the x86 processors from Intel were better than comparable products. The x86 processor architecture is indeed often considered as ugly. But they were cheap and widespread. Compatibility was the key. PCs with MS-DOS were business standard. They were good enough to run simple word processing and spreadsheet software. Software written for MS-DOS would run on any MS-DOS computer. A lock-in effect with a positive feedback loop set it: people wrote software for PCs because PC sold well and were widely distributed in the business world, and people bought in turn PCs because there were at lot of software available for them. Soon everybody in the business world was using PCs, and the old DEC empire started to crumble. Microsoft used the new market power to gain a competitive advantage in the world of windows systems. Again compatibility was the key. How many people remember the OS/2 operating system from IBM or VAX/VMS from DEC today? All commercial competitors disappeared until only Microsoft was left with Windows. Linux was able to survive in the open-source corner, a niche that is hard to tackle even for large corporations. But it was no serious opponent in the world of window systems.

This has changed. There are 750 million Android devices today. Times in the IT industry change fast. Now apparently the Microsoft empire starts to decay (or at best to stagnate). The very pillars which made Microsoft successful begin to crumble. The new Windows 8 system is no longer compatible to the classic world of Microsoft Windows software. There is no longer a central desktop where Windows applications would run. There is a desktop, but it is hidden behind a new interface. As you know Windows 8 comes with a new colorful surface named “Metro”, which is intended to replace the desktop. Microsoft wants people to use the new “Metro” interface instead of the classic desktop, and wants to people to download apps from their app store, similar to Apple’s app store, or Google Play (the former Android Market). Apparently Microsoft tries to keep pace with their competitors. Unfortunately they seem to damage the very pillar they are built on: compatibility.

Using old Windows software on a new Windows 8 system is a hassle. Older versions of windows programs for instance use often a help in the Windows Help format. This format is no longer supported in Windows 8. Just try to enable the legacy windows help system winhlp32 on windows 8. It is annoying. If you start an old applications which uses Windows Help, then you might get the following message:  “The Help for this program was created in Windows Help format, which depends on a feature that isn’t included in this version of Windows. However, you can download a program that will allow you to view Help created in the Windows Help format.” If you do this, and follow the official links, then you will get a link to an update of the help system, and if you try to install this update, then an error message occurs which claims “the update is not applicable to this computer”. Great. It is possible to get it working, it is just difficult. There is in fact a non-functional stub of WinHlp32.exe in Windows 8, which shows the above message that the help does not work. It is possible to replace the WinHlp32 file, but the “TrustedInstaller” prevents you from doing it. Obviously Microsoft does not mind or does not care if older programs (for their own platform) do not work.

From my humble point of view, Microsoft needs to fixed two things: they need to ensure compatibility as much as they can (for example by fixing things like the WinHlp32 problem, even if it is a minor issue), and they must win the hearts of business customers back. These are the pillars their empire is built on.

This means Microsoft loses all traditional advantages at once by the radical switch to a new UI. We will see how it turns out. I have a feeling that it will not turn out well. Too much change and too late. Is this the beginning from the end of the Microsoft empire? Will they end like IBM, a pale shadow of their former self? People increasingly buy smartphones and tablet PCs, but they are not from Microsoft: they are mainly from Apple (iPhone & iPad), or equipped with Android. We have seen in the Microcomputer revolution what happens to older, larger systems if they are increasingly replaced by newer, smaller systems with a new operating system. I am curious how it will turn out this time.